Birds featured on this page are Skuas, Gulls and Terns, of which only four species have bred locally. Of these, three are resident in the surrounding area year round. The majority of the other species have been seen only when passing through on passage migration. Gull and Tern ringing schemes have helped to give a better understanding of the birds’ movements, with chicks rung at Lea Farm GP subsequently reported as far away as Spain. A selection of images can be seen in the gallery and then the status of each individual species on the park is detailed below that.

Mediterranean Gull  Annual passage occasional in pairs and winter visitor in singles. Winter sightings occur between November and late February, of various aged individuals. And recent years have brought a spate of April records of pairs passing through, inviting the idea that a pair might one day attempt to breed.

Sabine’s Gull  Extremely rare vagrant, one record after the 1987 storm of 1 on BSL 17th October.

Black headed Gull  Resident and breeding on islands of Sandford and Lavell’s since 2008 and then LFGP from 2010. Since then they are quick to try and dominate the artificial rafts, which has led to sizable ringing activities.

Common Gull  Winter and passage visitor, January to March 10-20+ birds on BSL to LFGP, quickly disperse by early April. In some years the odd June, July and August birds appear on passage. Wintering birds do not show up until late September.

Yellow legged Gull  Very uncommon passage visitor, once annual when the tip was in operation, but now can occur in almost any month.

Sandwich Tern  Rare migrant, often pass through in small groups of up to 4 early to mid mornings, from the first week of April, to late May, then mid and late August, then early and late September to early October.

Common Tern  Annual summer visitor, breeding on islands of Sandford and LFGP artificial rafts. The first birds arriving just into the second week of April, they stay until August and sometimes mid September.

Arctic Tern  Annual passage visitor, seen in mid to late April, sometimes in flocks of 20-30 birds. In the autumn, from late August individuals frequent LFGP and more so on BSL and can occur as late as October.

Black Tern  Nearly annual passage migrant, mostly on BSL, sometimes 1-4 in late April and May, the latter being the most likely month. 1-6 birds can occur in the summer months or early September, rarely in October. 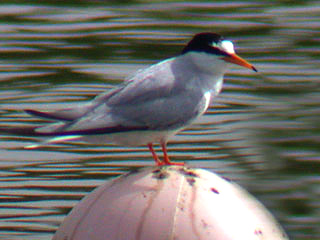 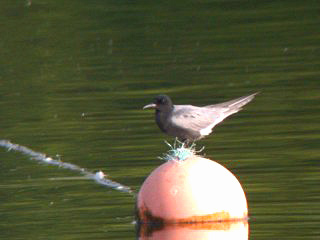 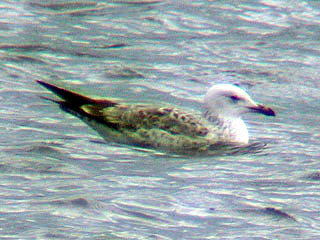 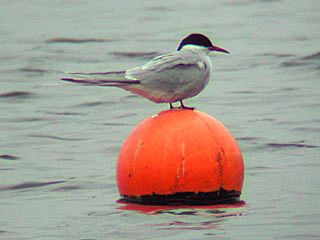 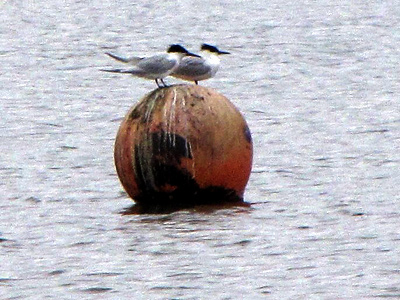 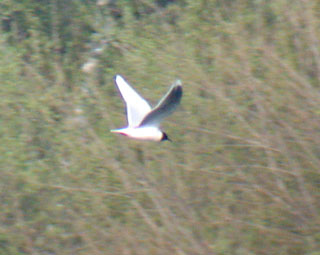 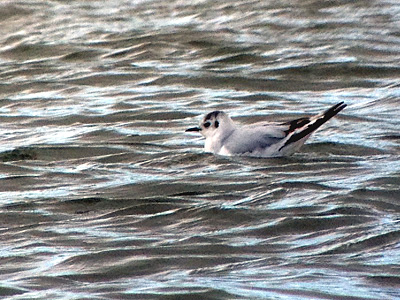