Bird featured on this page include Sparrows, Finches and Buntings. A selection of images can be seen in the gallery and then the status of each individual species on the park is detailed below that. Some of these Passerines are resident year round, but the majority will only be seen in winter or when passing through on migration.

House Sparrow  Stable resident around the DP main café, where a few pairs breed. Recently a few were around the aviation museum car park, but they vanished. 1-2 are showing up around Lavell’s and along the Loddon opposite Lea Farm GP.

Tree Sparrow  Very rare winter visitor, now locally extinct. Bred locally in 1980, the best year was winter of 1983 when a flock 12 on 3rd December, were on the feeders. The flock kept growing until 45+ were seen 21st January 1984. Sporadic records followed each year until the final 12th September 1988.

Brambling  Uncommon winter visitor, but nearly annual passage sightings, mostly in mid March and early April. Mostly 1-2 birds occur, but the feeding station has attracted up to 20 on 28th February 2006.

Greenfinch  Common resident, but not abundant. Winter roosts in the car park field may reach 30.

Siskin  Common winter and passage visitor, favours Alder and in some years flocks of up to 300 can occur, typically groups of 12-40 are normal. Arrives mid September and departs early April.

Linnet  Uncommon resident no longer breeds on the park, once common but now just odd sightings of 1-2, other than autumn when some passage flocks of 10-30 occur in October.

Mealy Redpoll  Very rare vagrant, 3 records all in recent years. 1 on 6th December 2008, photographed under the feeders, 1 on 14th February 2010 along the Loddon, with Lessers, the last ringed 8th March 2012.

Bullfinch  Uncommon but steady breeding resident. Associates especially with Blackthorn, so Lavell’s hogs most of the records, small flocks of up to 9 have been seen in 2010 and 2012.

Yellowhammer  Very uncommon and now rare resident. Regular outside the breeding season and especially in October from 1980 to 1988, no records then until 3 over 13th, 1 over 30th October 2000, then reports 4 years running between November and January, the next record was 3 over 20th October 2009, the last 1 over 3rd November 2013 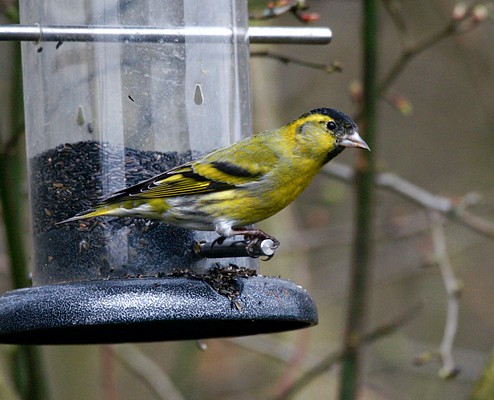 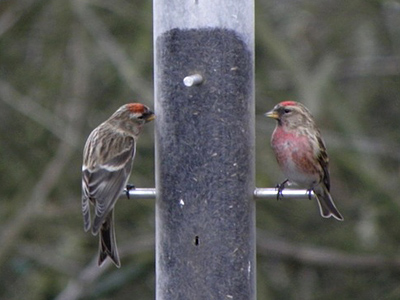 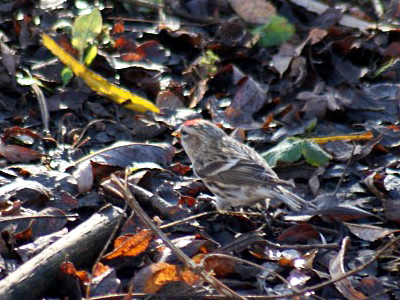 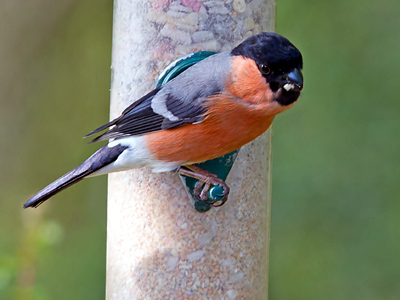